We LOVE to share Sophie with friends and family from around the world. Sometimes they help out as guest crew on offshore passages, and sometimes they fly in to visit us in exotic locales. Here is an overview of our visitors over the last two years.

THE FELLS!
What can I say? Five of our closest friends for three weeks in a country where local dudes on the radio advise that you should bring a stick with you when you go on shore to fend off the wild dogs and pigs. And the first week dumped torrential rain every day. But Man-O-Man did we have a great time during their visit, starting with when we greeted them at night in the open air airport down in Nuku’alofa. We hooked a marlin. We caught 5 mahi mahi and our first Spanish mackerel. We saw the King of Tonga!. We roasted 2 pigs and then danced the night away on the beach with the Swedish Navy. It was epic and awesome in a way that matches our family friendship. 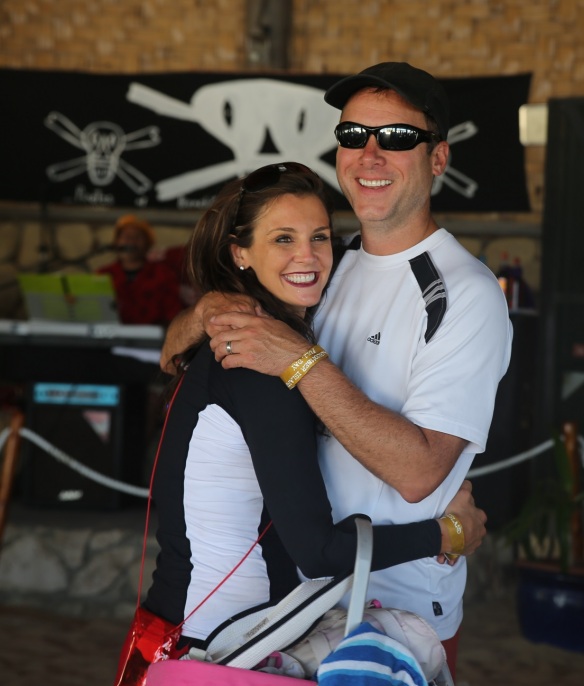 Maureen and Troy Batterberry
Another part of our extended cruising family back in Seattle are Maureen and Troy, and they joined us for a week of fun in Fiji without their children. Maureen now regrets that she never joined us on our passage to San Francisco, and so do we. All they got to do on this trip was play games during Fiji Regatta Week, golf, swim with manta rays, and watch the film “The Blue Lagoon” while anchored in the Blue Lagoon. Our rusty broken ice maker? Troy spent a day disassembling and got it working. These two remain the only couple that wound up maximizing their Sophie Adventure Cruise experience by taking a helicopter to the airport. Outstanding.

Randy Daniels and Susan Ephron
Randy and Susan. Randy and Susan. Randy and Susan. What more can I say? Another couple from Seattle whom I’ve known off and on for almost 30 years. Sophie was back in Musket Cove for their quick visit, but we were able to squeeze in time for some more golf, Randy’s first tuna, and this place called Cloud Nine. Randy loaned me his vintage All Blacks jersey, and I plan to return it to them when they join us in Phuket in 6 months. (Right, guys?)

Becky Hoppins and Ian Campbell
Becky enjoyed her offshore passage on Sophie to San Francisco so much that she brought her husband Ian out to New Zealand a year later for a lovely little visit. We caught snapper, collected oysters, hiked the hills, and had that whole “hooked on fishing” incident. Most importantly, we strengthened a friendship that I hope will last me a lifetime. Oh yeah, we also celebrated the American Thanksgiving holiday kiwi style, dining on roast lamb. It was delicious, and they were great guests. 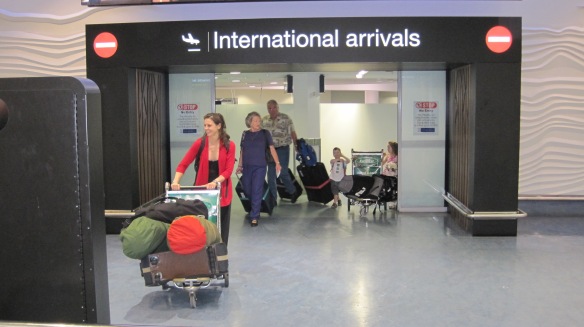 Maureen Batterberry, with Cora, Cole, and eventually Troy
As I continue to update this page, I gain a deeper appreciation for the awesome friendships we have with families back in Seattle. Five months after Maureen and Troy joined us in Fiji, Maureen flew back to Sophie in New Zealand with her young children Cora and Cole in tow. Troy joined them 10 days later. Leo and Hazel loved having another kidfest, and I loved watching Jenna and Maureen jointly conduct Sophie School. We headed out to Great Mercury Island, saw our first bronzies (big sharks), played in the sand, and then got pounded rounding the Coromandel as we headed back to Auckland to collect Troy. Then all we did was a hike a volcano, tour island vineyards, and celebrate Hazel’s birthday in style on Auckland’s Viaduct waterfront. 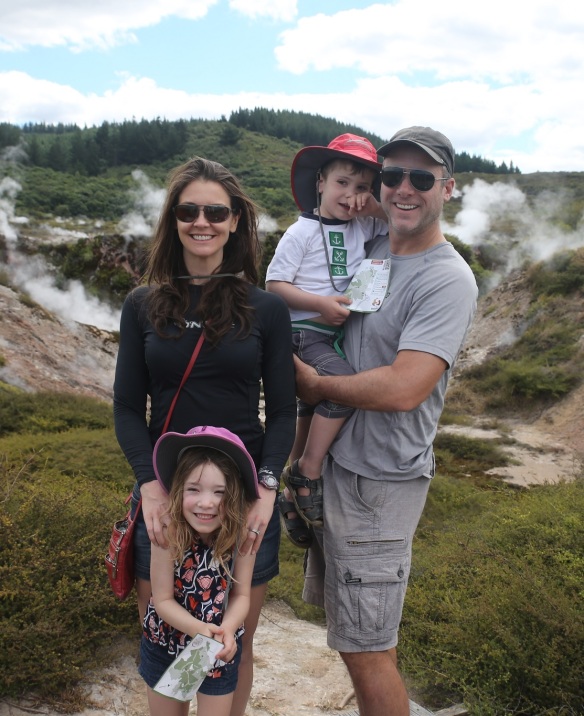 Maureen McKenna and James Donnelly, MD
Maureen and James are friends of mine from college who recently became empty nesters. Their visit to Sophie and New Zealand overlapped with the Family Batterberry visit, and we all got to hang out together, being inspired by Georgia O’Keefe as we hiked the volcano country and then jointly celebrating Hazel’s outdoor birthday in Auckland. Afterwards, we headed out to Great Barrier Island and enjoyed some of New Zealand’s finest cruising country, highlighted by a visit to an outdoor hot water bathtub/laundry/rope swing paradise.

Oh, and they also introduced us to Yahtzee.

Savu Savu, Teveuni, and Musket Cove Fiji – May, June 2014
This turned out to be a very busy and fun month on Sophie.

Ravi and Alison and Dan and Becky and Ian, plus Hazel and Leo
Immediately after Sophie completed its passage from New Zealand to Fiji, Becky Hoppins and Ian Campbell flew back out to Sophie from Seattle, guns a’blazing, while the delivery crew was still here. We had a sunny and fun couple of days with nine souls on board, them headed up to Teveuni for a week of swimming and fishing with Becky and Ian. We landed five nice fish, swam some beautiful coral, and made a provisioning run for food and gas through a tropical squall. Becky is now tied with Dan for the most passages and visits on Sophie. So far…

Ian and Becky, no rain

Abi and Misti Landtroop
A few days after Ian and Becky flew back to the US, I headed to Boston to attend my son Max’s law school graduation. While I was gone, our Auckland friends Misti and Abi flew up to Savu Savu to join us. Misti is a former work acquaintance of mine who relocated to Auckland in the last decade. She and her daughter Abi played hostesses for us in Auckland for things like Christmas, Boxing Day, and multiple jaunts through the city. We are now great friends and were so happy to chillax with them on Sophie for a week in the tropics, kayaking, paddleboarding, and swimming around.

Max
When I returned from Boston, Max came with me and spent a month onboard studying for the bar exam and trying to watch World Cup games. His visit overlapped with Misti and Abi’s for a few days, and then he helped us take Sophie around the top of Viti Levu to Musket Cove, catching a mahi mahi along the way.

Julie and Silas Rogers
Julie is Jenna’s sister, and Silas is her husband. We were thrilled when they joined us in Musket Cove for a week, especially with Max on board. It was a young people’s boat! (Actually, Sophie is always a young people’s boat.) We swam, played at Cloud Nine, caught a 50 kilo sailfish on the way to a local village for a sevu sevu ceremony, and swam on he beach where the film Castaway was shot. When we were done, we all flew back to the states together. Jenna, the kids, and I then enjoyed a 6 week tour across the US.

Melissa and Greta Ahlers, Cathy and Penny VanAntwerp, plus a flying Leo
A few days after we returned from our US vacation, we were joined by 2 moms and their daughters. Cathy and her husband Mark are very close friends of ours, but Mark chose to stay at home with their 3 year old, button-pushing son Alex. Cathy wanted a wingman for her 15 hour flight out to Fiji and asked if Melissa could come as her wingman. Sure! Melissa turned out to be an excellent wingman, and we had a week of fun with 6 girls on the boat, doing more snorkeling, swimming, and Cloud Nining. The watermaker broke on their arrival, causing the beginning of 3 weeks of heck for me. But they were good sports and played Yahtzee, a LOT of Yahtzee. 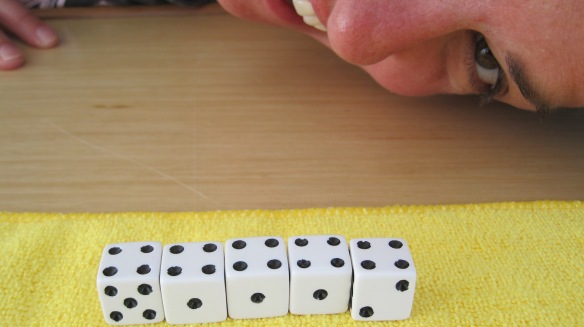 The next few weeks were very busy on Sophie as we coordinated multiple travel schedules while trying to figure out how to do a major repair on the water maker. 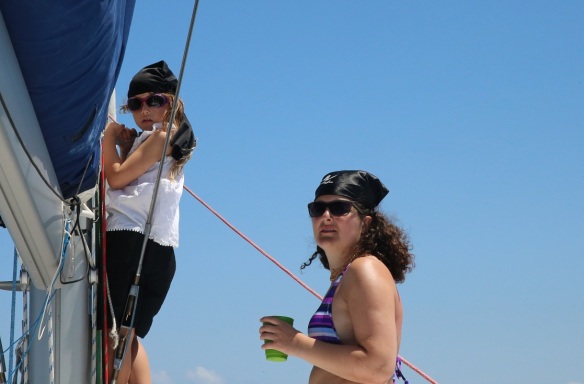 Hazel! Sara! Sisters! Pirates!
My daughter Sara soon flew out to join us for the start of Fiji Regatta Week. Hazel in particular was excited to have her sister on board so they could dress up as pirates together. Sara has been quite busy in the US for the last few years training to become a nurse practitioner, and our family adventure finally felt complete now that all of the members of the family had finally made it out for a visit. We had so much fun with her and can’t wait until she returns! 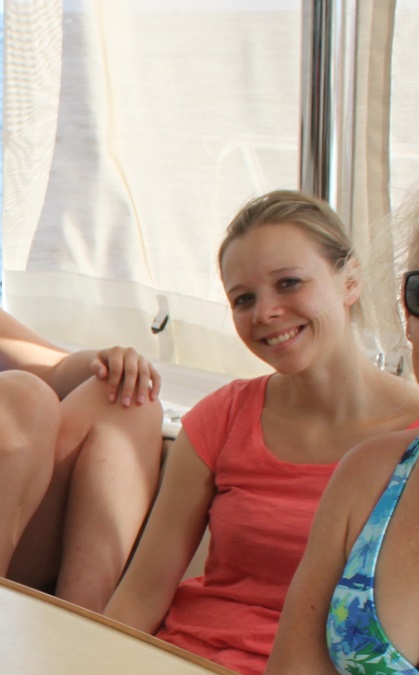 Birgit Stephan
A few days after Sara arrived, we were also joined by my cousin Toni’s daughter Birgit. She flew to Fiji all the way from Munich for her Sophie adventure cruise and was even ready to join us for the offshore passage to Vanuatu. Unfortunately our ongoing water maker woes disrupted her schedule, and she was forced to hang out with us in Musket Cove and Vuda Point, snorkeling, swimming, and enjoying Cloud Nine (which she described as the best bar in the world.) When we finally got everything working, our schedule constraints forced Birgit to stay behind in Fiji in the Yasawas while we left for Vanuatu. Our visit with Birgit was too short and too water constrained, and we can’t wait until she comes back.

Sara and Julie and some molten lava
Our initial plan for this part of our trip was for Sara to crew with us on the passage from Fiji to Vanuatu, where we would be met by her partner Julie. But given the water maker woes, we all decided it made sense for Sara to join Julie on the flights from Fiji to Tanna, where they both met us in Port Resolution. We had a great time getting to know Julie better, and they got to hang out wit us on the lip of an active volcano! Ah, the memories…