We’ve had Sophie docked in Auckland’s central Viaduct Marina for the last few days. It’s a lovely location, and the boat is looking great. We also are enjoying our new privacy screens, because tourists seem to be stopping by every few minutes and taking our photo. We can see them, but they can’t see us.

We are also enjoying our proximity to Auckland’s Central Business District, and we get to park our minivan right next to the boat.

Sophie has made some new and big friends in our marina.

Some are even too big to fit into a single photo using the camera that Jenna lets me use.

That is indeed a private yacht. (In the back.)

Throughout millennia, whenever a particular harbor becomes a popular destination for ships from far away, various “support industries” spring up to support the needs of the sailors onboard, usually men whose pockets are filled with cash and whose hearts are filled with loneliness. These business are usually found in seedy neighborhoods where men go without telling their wives to drink and then spend all of their money in the pursuit of pleasure.

I discovered on a walk today that Auckland is no different.

I was a few blocks away from Sophie, heading towards a park, when I stumbled into this sidewalk sign.

I was immediately tempted to go in and spend all of my money. But it’s Christmas Eve, I am made of stronger stuff, and passed by the sign.  But then I turned the corner and immediately saw this: 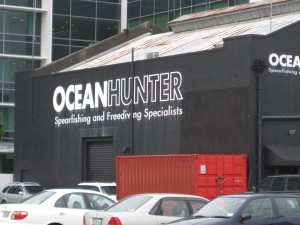 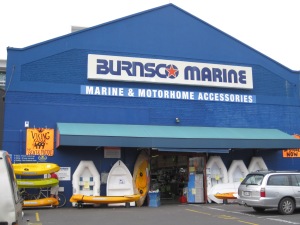 … all on the same block!

I turned the next corner, and there was more. 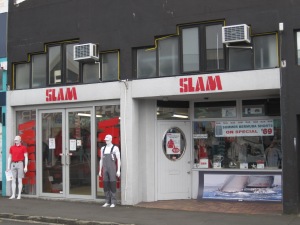 And then it dawned me!

We’ve now spent 4 days in Auckland walking through the central downtown area, and I realized that I had not see a single marine, diving, or fishing store in the entire city. Auckland is the commercial center of New Zealand, and boating is a foundation for the way of life here. What was going on?

Auckland, just like Amsterdam and other forward-thinking global cities, had decided that the best way to deal with modern social issues like marine and fishing addiction was to concentrate it in a single targeted geographic area within the city. That way it is easier to manage the behavior while at the same time keeping the rest of the city clean and free of vice.

It’s brilliant urban planning when done properly, and in Auckland it appears to be working.

The more I walked, the more I saw how Auckland is just like Amsterdam. Some businesses in the red light district here advertise their wares in storefront windows.

And others practice their craft out in the open in the middle of the street in broad daylight!

There are marine ATMs nearby so patrons don’t have to leave the district to get cash.

Even the public health service gets involved. 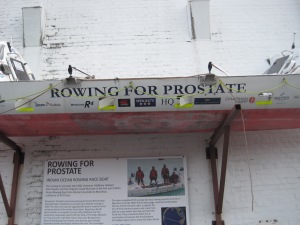 Throughout the entire district, it was impossible to avoid the quiet-yet-persistent sidewalk solicitations. They knew why you were there. It was all above board but unlike anything I’ve seen anywhere else in the world. 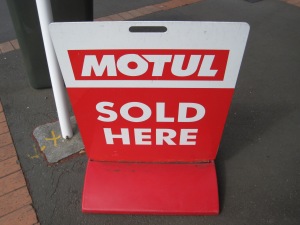 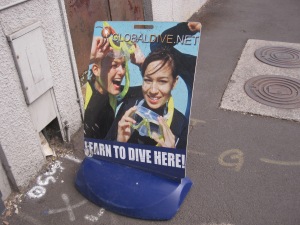 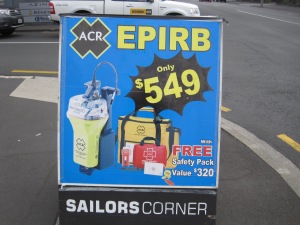 Even after a while it was still difficult for me to grasp the scale and depth of the activity and services offered here. 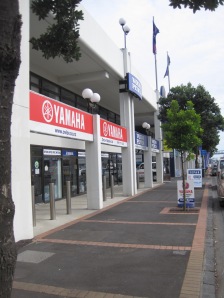 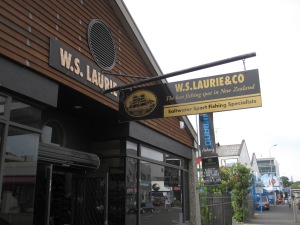 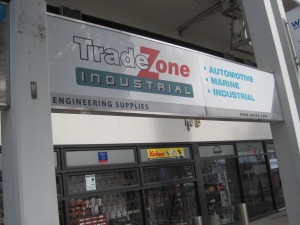 Some of the businesses even looked like they were managed by people hailing from Massachusetts, where Jenna and I both grew up.

Concentrated business districts like this one apparently can attract entrepreneurs from around the world.

But regardless of where they come from, the sailors red light district here in Auckland is a source of considerable civic pride. They have built something unique and great here.

I clearly need to spend more time walking the blocks in this neighborhood — with an appropriate level of restraint — marveling about what is taking place here in this special corner of the world.