Today Sophie is moored at the Dolphin Marina and Restaurant in Harpswell, Maine. What on earth would motivate us after all of this time to finally get off our butts and write a new post for all of you to read?

Would it be to regale you with tales of our three seasons cruising the Caribbean, exploring Barbados, Martinique, Dominica, Guadeloupe, Antigua and Barbuda, BVIs, USVIs, St, Vincent and the Grenadines, St, Lucia, and Grenada? Nope. 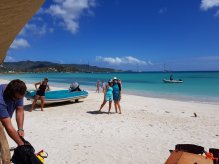 Would it be to document our May 2018 1,800 mile passage from Antigua to Newport, RI via Bermuda with Jeff and Melody? Nah. 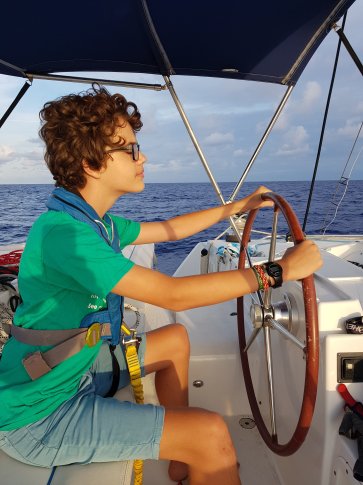 Would it be to share our summer of 2018, where the Sophie crew visited with family and friends while exploring the sailing grounds of my youth, including Newport, Cuttyhunk, Martha’s Vineyard, Block Island, Cape Code, and Boston? I do not think so. 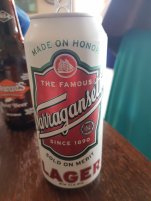 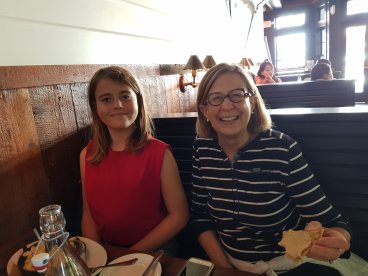 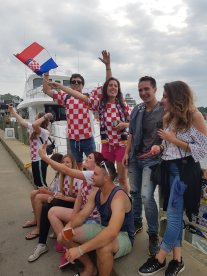 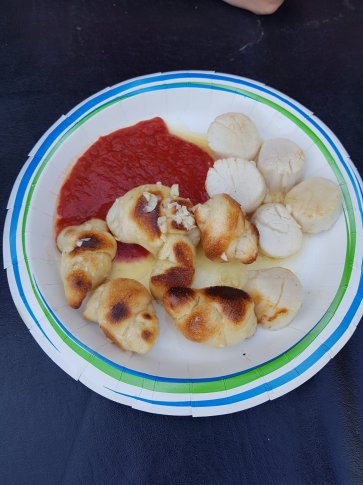 Would it be to record Sophie’s first visit to New York City, where we stopped in front of the Statue of Liberty and anchored in the Hudson River for a week? Fuggedaboutit!

Would it be to chronicle our November 2018 sloppy mess of a passage from Virginia to the BVIs with the Salty Dawgs — the passage where Sophie was the first in the fleet to reach our destination, beating all other boats including some brands allegedly “much faster” than Lagoons? Nope, but in hindsight it would have been fun if we had.

Would it be to celebrate of all the life-long friendships we have made with fellow cruisers on boats including Ventus, Saphira Blue, Aphrodite, Solan, Saorise Mor, Party of Five, Serendipity, Saga, Endless Playtime, TouRai, Archer, No Plans Just Options, Summer Kai, Sand Star, Sun Splash, Mimzy, Clarity, Britican, Gray Matter, Life of Reilly, Valhalla, Satori, Abeona, Mrs. Chippy and so many more? No, and I actually feel quite  guilty right now because I really should have written about these friendships and because I am unintentionally leaving boats off of this list. 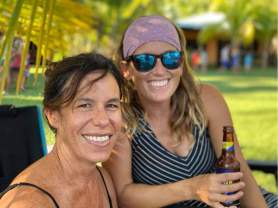 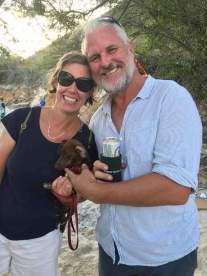 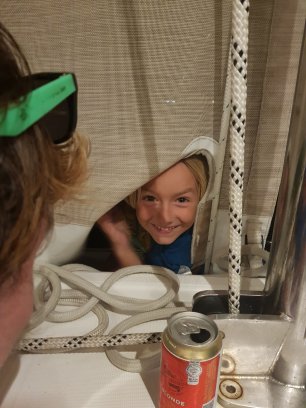 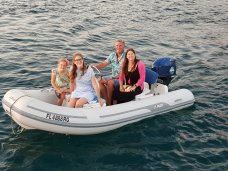 Would it be to showcase the FIVE 5 PIG ROASTS we participated in, including the one we promised No Plans Just Options and Nikau as an incentive to get them to cross the Atlantic a year after we did, and then when they arrived we actually cooked them a pig,  making them realize that we are the kind of people who cook a pig when we promise a pig? No, but man do we have good pictures.

Would it be to invite you to party with us at the FOUR Carnivals we attended? Not sure I remember. 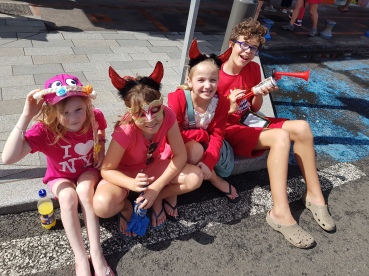 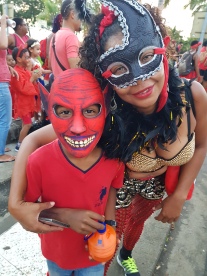 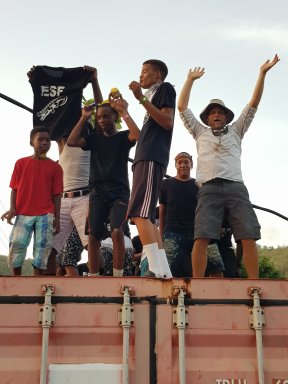 Would it be to announce the news of the arrival of our grandson Jacob, a little man who is as cute as a button? Probably should have but didn’t.

Would it be to relive the horror of Leo’s accident in Bermuda, where we thought he died in front of our eyes after being hit by a motorcycle in a way that that left him lying unconscious and coughing up blood in the middle of the road? Thank goodness no! (He only had a concussion and a mouth laceration, but this remains the scariest moment of our lives.) 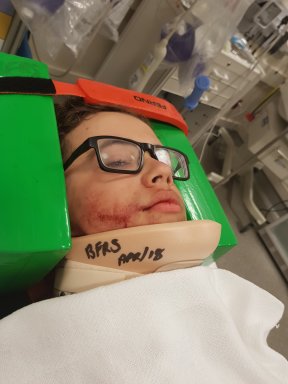 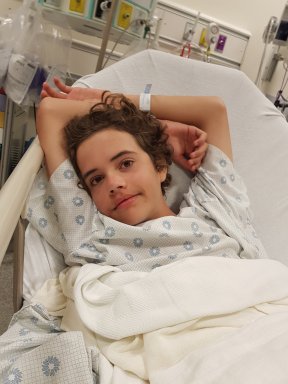 Would it be to log all of the upgrades and repairs we have made to Sophie during this time, including a new roller furler, mainsail cover, refrigerator, television, stereo, dishwasher, barbecue, spinnaker halyard sheave and guy rigging, windmill bearings, thermostats, and lots more? Nope. 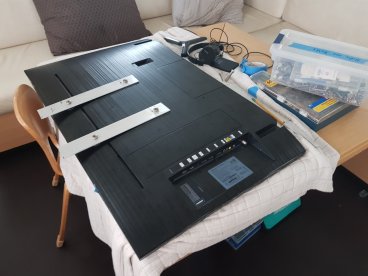 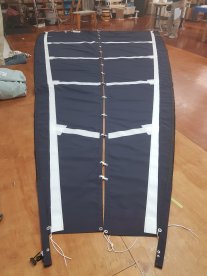 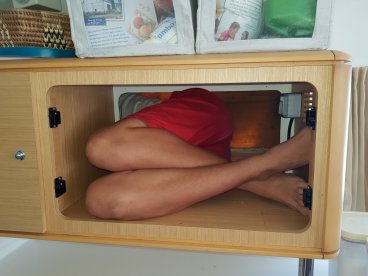 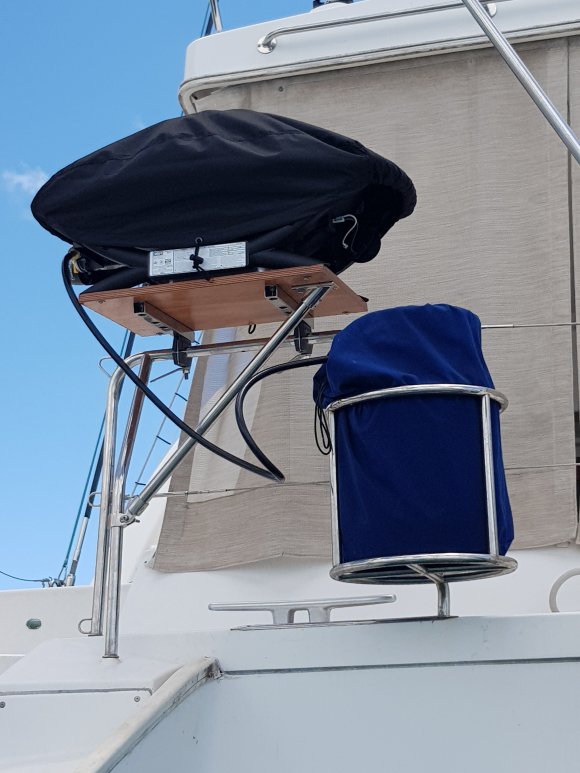 Would it be to bore you with the details of our 3 months of pandemic self-quarantine on a mooring in Christmas Cove, a pretty little bay off of Great St. James Island in the US Virgin Islands? Probably best that we did not, even though we were pretty bored. 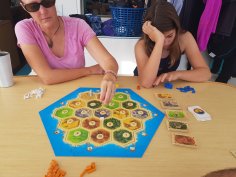 Would it be to log our second trip north from the Caribbean to the Northeast United States, this time a straight shot from USVIs through the Bahamas to St, Augustine, with subsequent stops in Charleston, Virginia, Maryland, Delaware, and New York? No, because we were supposed to be in the southern Caribbean this summer, preparing for our fall passage through the Panama Canal and into the Pacific. But, you know, Covid. 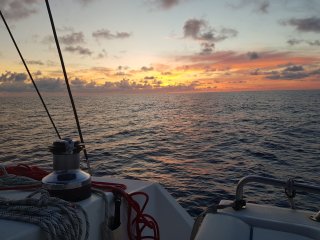 Would it be to celebrate Sophie’s first voyage to Maine, our 2020 summer cruising grounds that make us so thankful we own an excellent diesel heater that we run almost every day? Brrrrr! Too cold!

Would it be to share with all of you the ongoing transformation of Leo and Hazel from the little kids who left Seattle with us almost 8 years ago into the young adults who still bring us happiness and joy every day? My bad. 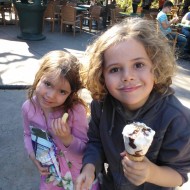 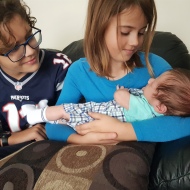 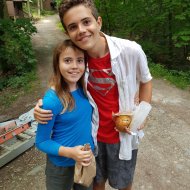 No to all of these stories that could easily fill a book. So what on earth would cause me to finally pick up a pen to write a blog post?

WE BOUGHT A NEW ELECTRIC SCOOTER, AND IT IS REALLY COOL!!!!!!!

Yep, that is why we are finally writing a blog post, and yes, those are lobsters on my shorts. Maine!

This week we took delivery of a Segway Ninebot Max, and I am excited to say it will be a game-changer for us. The Segway has a range of 40 miles and can hit a top speed of 18.6 miles per hour. It weighs in at 41 pounds — the equivalent weight of a 5 gallon jerrycan of gasoline — so it is luggable to- and from- the dinghy. It is much easier to assemble and takes up less space then our folding mountain bikes, which we have not used in over two years. Most importantly, as we like to say in New England, it is wicked cool! 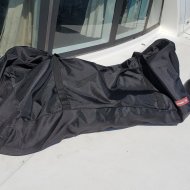 Amazon has these babies in stock in the US for $800.

Why is Sophie and her crew entering the Personal Electronic Vehicle (PEV) era, and why are we doing so now? (As far as we can tell, we are PEV pioneers in the cruising community.)

Well, for starters, with the pandemic we are no longer taking taxis or buses on shore when we run errands, and this practice has resulted in some long walks for us. Examples include 6 miles round trip to a drug store in St, Augustine; 4 miles round trip to a hardware store in Maryland, and 5 miles round trip to a West Marine in Newport. Earlier this month in Southwest Harbor, our freezer was malfunctioning and I had to walk 3 miles round trip to a Napa Auto Parts store TWICE in one afternoon. I know, I know, walking is healthy, but this last double trip in Maine broke me. Did I mention that each trip to the car parts store also included an 8 mile round trip dinghy ride?

On Sophie, we do own a couple of folding bikes, but we have not used them in over two years. I guess they are too awkward to get to shore in a dinghy, set up, use for a bit, break down, and then take back to the boat. Besides, it turns out that many Caribbean Islands are not well-suited for bike riding. We will keep the bikes, but the Segway gives us another option for errands.

If one of us is in the middle of a boat project and needs to go to a store to buy some random part in order to complete the job, our current transportation options simply weren’t cutting it. In theory, the Segway will be much easier to use in this scenario.

Besides, just look at the smile on Jenna’s face (behind the mask, of course) as she tools around on our new baby!

Earlier this week, I took the Segway out on a 9 mile roundtrip trial run to buy beer and soda (you know, the “spare parts” scenario described above.)   Mission accomplished! It took me 40 minutes, and I had so much fun gliding silently along the side of the road at a constant speed 15-16 miles per hour, including going up and down hills.

We even accessorized this baby with a bag hook and a cellphone holder. Spare parts, here we come!

So this is our new blog post. Between Covid and the BLM reckoning take place right now, there are a lot of people hurting in the US. It is clearly affecting us on Sophie. I hope reading this blog post has provided you with as much of a distraction from the news as writing the post has provided me.

I also hope that we all do not have to wait another three years before we write another post. By that time, our circumnavigation will likely be completed. (It has been almost eight years and counting since we departed.) Leo will be finishing up his first year of college. Hazel will be eligible for a learner’s permit (assuming we owned a car and lived in a place that could issue her a permit.)

In the meantime, all that I can say is that we continue to be incredibly lucky with this life that we live. Please stay safe, everyone. 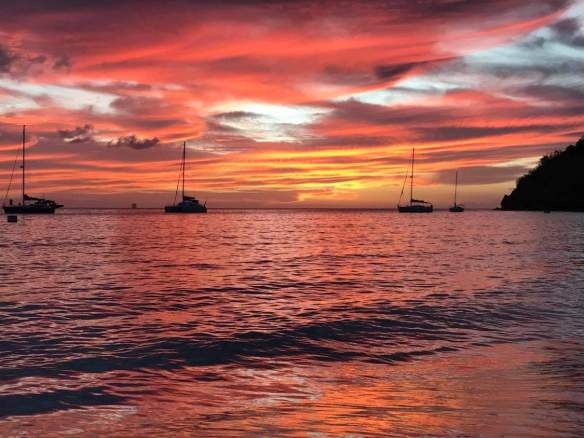