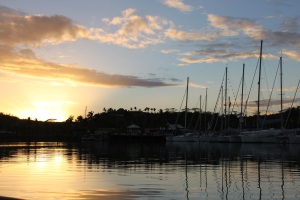 Fiji Regatta Week begins today, and this is a quick post targeting people like Alex Weinert, Will Curry, my brother David and all of my SYC friends who are into cruising boats and their designs. It’s a little photo essay of some of the boats moored around Musket Cove this morning. 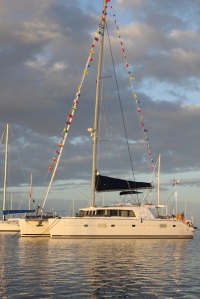 For starters, we love Sophie. I have to say she is looking pretty good this morning in anticipation of the arrival of our friends Troy and Maureen from Seattle. But a few days ago this Lagoon 560 dropped an anchor right next to us, and for the first time in 5 years I had a bad case of boat envy-lust. This 560 is huge and beautiful. 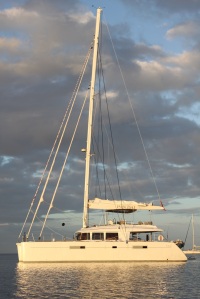 There actually is quite an interesting collection of boats moored right next to us. There is a Wharram catamaran right there. This is a 51, and my brother David built a 20 foot version when he was in high school. 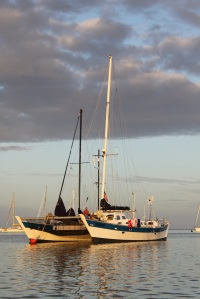 For those of you who are into the life work of Steve Dashew, there is a Deerfoot on one side of us… 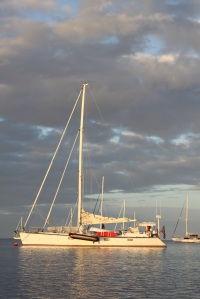 .. and a Sundeer on the other. 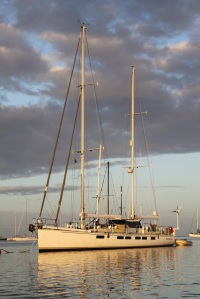 There is a Dashew Offshore powerboat we’ve seen a few times in the South Pacific this season, but they are not in Malolo Lalai today.

If your taste leans more towards solid fiberglass 70’s strong-as-a-shithouse production boats, there is a nice looking Morgan Out Island from San Francisco right behind us. 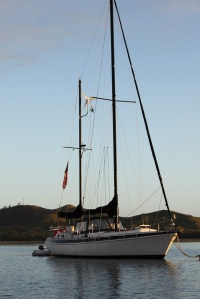 At the other end of the spectrum is a new boat on the dock built by a Dutch guy named Cookie. It’s the future of boating and incorporates the latest designs from racing boats. It’s 39 feet long, made of Kevlar and weighs only 8,000 pounds, and half of that weight is in the bulb. Cookie is a bachelor. 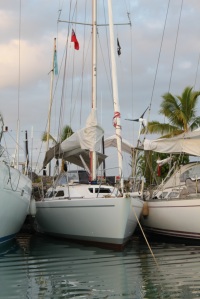 If I was going to buy a new production monohull to go cruising, I’d probably get a Beneteau. They are built by the same company that builds Lagoons, they look nice and preserve their value. Here is a nice (new) 58 that is in at the dock. It’s a beast. 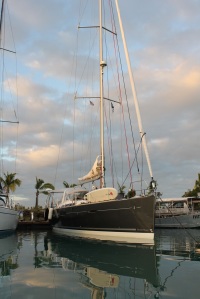 But I like cats. There are two nice Chris White designs in town, a 45 from Seattle named Lightspeed on the dock … 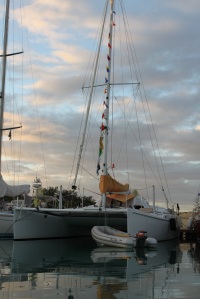 … and a Canadian 55 names Segue out on a mooring. 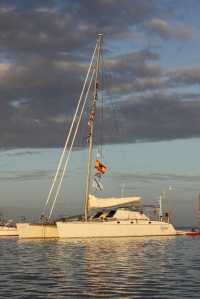 There are over 20 cats here right now, including some lightweight go-fast boats … 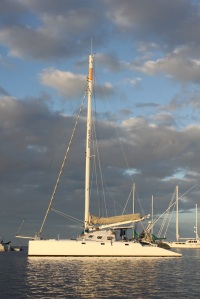 … and some go-slow cats. 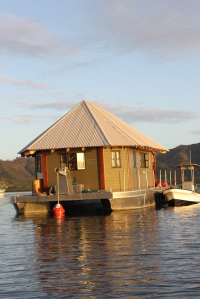 There is one cat named Elcie that we’ve been running into since Moorea. She is owned by a family from Oxford, MD and was built in New Zealand. I was pretty excited when I first saw her because I remembered that I had read about her in Blue Water Sailing magazine. She’s a 60 foot aluminum ketch. 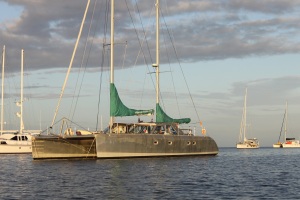 Wherever we’ve been over the last few months, we’ve seen Amels. This one is sailed by a guy from London named Jamie. 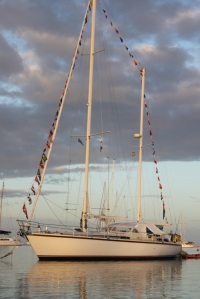 There are also some bigger monohulls that look like they need full time crew. 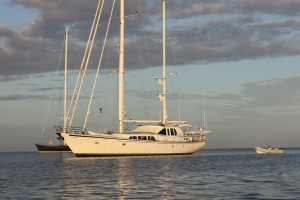 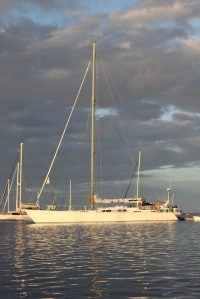 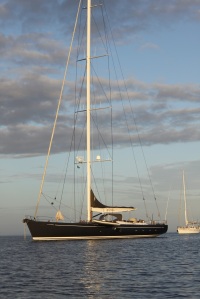 In every harbor, there also always seems to be one Nordhavn. 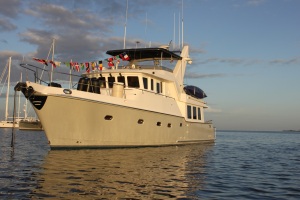 But one of the things we’ve learned is that it really doesn’t matter what you sail or drive in order to get here, the important thing is to just get here. Most of the boats out cruising are like this guy from Switzerland. 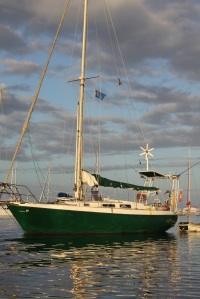 Because once you get out here, you can start living the dream, which includes doing things like going to opening night regatta barbecues where you meet new friends and then dance with them like you’re at your cousin Caroline’s wedding. 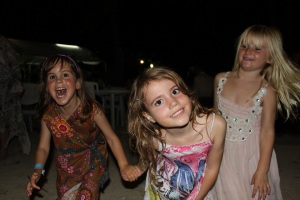 Have I mentioned lately how lucky we are to be out here?